A Deputy Transport Minister, Hassan Tampoli says President Nana Akufo-Addo owes no one an explanation over the dismissal of the Managing Director of the Ghana Airport Company Limited, Yaw Kwakwa.

Mr. Kwakwa was dismissed on Wednesday by President Akufo-Addo without any express reason.

Earlier in the day, Mr. Kwakwa denied knowledge of his dismissal after a letter from the Minister for Transport went viral.

“The appointment letter didn’t state why he was appointed. I don’t know why the sack letter should state why he has been relieved of his position.”

“The President has the prerogative to appoint and terminate appointments and does not have to give reasons for his actions. This is nothing new.”

His dismissal comes days after a tussle with McDan Aviation over the operationalization of a private jet terminal.

McDan Aviation announced the suspension of its private jet operations at Terminal 1 of the Kotoka International Airport to enable the management of the company to hold talks with the Ghana Airport Company Limited over contentions regarding operational procedures.

This was after the GACL, in a letter dated January 31, 2022, indefinitely barred McDan Aviation from operating its private jet services at the Terminal 1 of the Kotoka International Airport.

Demonstration against E-Levy to be held today 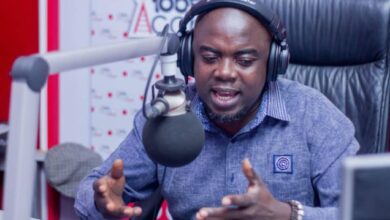