Hon Mavis Hawa Koomson, Minister in charge of Fisheries and Aquaculture Development (MoFAD) has cautioned that her Ministry will not tolerate illicit fishing practices on Ghana’s waters.

This follows the minister’s engagement with stakeholders during her visit to the Volta Region, precisely Keta and Anloga for the planned 2021 closed season starting July 01.

The meeting which had in attendance Awomefia of Anlo State Torgbui Sri III,  Municipal and District Chief Executives from the two coastal areas, fisher groups, a member of the Fisheries Committee in Parliament, and officials from MoFAD and Fisheries Commission, appealed to the artisanal fishers to observe the closed season.

According to Hon. Mavis Hawa Koomson, the fishing violations such as the use of carbides, lights and unapproved fishing nets, causes massive destruction to the marine ecosystem and by extension, has some implications on human health, adding that such offenders must be brought to face the wrath of the law.

“I will not be in bed with anyone who is caught for going contrary to the rules and regulations, you’ll face prosecution straight away. Even if you’re the son or daughter of the President, I’ll prosecute you because even the President is not happy with the illegality so he’ll support me.”

She explained that closed seasons had nothing to do with politics but everything to do with replenishing the fish stock to avert the possible collapse of the fishing industry due to depleted stock after several engagements with relevant stakeholders..

Mrs. Koomson added that the observance of the season could also save Ghana from being sanctioned again by the European Union such that fishery resources from the country will not be allowed onto intercontinental markets which will divest the country of the needed income.

The Executive Director for Fisheries Commission Mr. Michael Arthur-Dadzie, reiterated the need to observe the close season. He said that this will be the only means to get more fishes from the ocean without the use of unapproved measures.

Mr. Seth Agbokede, the Volta regional Vice Chairman for the Ghana National Canoe Fishermen’s Council (GNCFC) together with the National Fish Processors and Traders Association Mrs. Cecilia Amedey pledged their readiness to support the efforts of the Ministry and the Commission aimed at ensuring the sustainability of the fishery industry.

They however called for solutions to challenges including issues of insufficient supply of premix fuel to landing beaches to improve their work.

They also urged their association members to strictly comply with the laid down rules so as to avoid some future inconveniences in the sector. 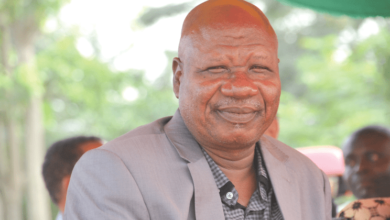 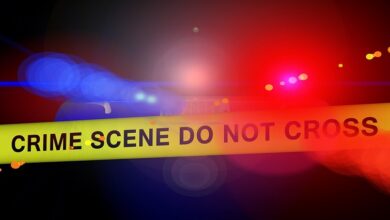