The New Patriotic Party (NPP) has held its much-anticipated delegates conference for the election of regional leaders.

Within three days, the polls were set up. So far, elections have been held in 14 different regions.

The only election still to be held is in the Central Region, where voting has been halted until further notice owing to a court order.

While some incumbents were re-elected, others were defeated in their re-election efforts, allowing newcomers to take up the role at the regional level.

Following the announcement of results across the regions, here’s how the results broke down per region:

AHAFO
In the Region, four incumbent CEOs kept their jobs, while one incumbent lost his.

Gausu Mohammed Baba, on the other hand, lost his job as Eric Nana Antwi’s secretary.

He’s securing the seat for the third time.

EASTERN
In the Eastern Region, incumbent executives won by generally large percentages, with the exception of the youth organiser position, where Adamu Musah defeated his closest competitor by a mere 21 votes.

The Women’s Organiser is the only executive who lost in the just concluded elections.

By a hair’s breadth, he avoided defeat, winning by only six votes. He received 332 votes, while his opponent received 326.

Most of the incumbents in the North East Region retained their seats. The only incumbent who lost was the Regional Treasurer of the party.

In the Chairmanship race, Fuseini Nurudeen, who is the incumbent, was re-elected.

The election was not without drama as some six persons were arrested by police for engaging in suspicious activities at the conference venue, the Aliu Mahama Sports Stadium in Tamale.

In the Savannah Region, five incumbent executives failed to retain their positions.

They were the 2nd Vice-Chair, Secretary, Organizer, Treasurer, and Nasara Coordinator. However, Alhaji Sulemana Iddrisu, has been re-elected as the Savannah Regional Chairman of the party.

The Regional Chairman and the Women’s Organizer, Ayamba Georgina, were the only two candidates who were re-elected in the polls in the region.

The 74-year-old beat his only contender, Alhaji Mahama Toyina, with a slim margin contrary to earlier concerns about his defeat.

A total of 242 delegates took part in the elections, which had 34 candidates contesting for the various positions.

The polls, supervised by the Electoral Commission, ended successfully without any major hindrance amidst heavy security presence.

The incumbent chairman, Mr. Sanbaye B Kangbere, popularly known as Chairman Heavy Weight defended his position after obtaining 130 votes, beating his only contender Alhaji Mahama Toiba who had 112 votes.

The incumbent first vice chairman, Abdul-Rahaman Abdul-Aziz also retained his seat with 157 votes while his closest contender managed to poll 85.

The party however could not elect a women’s organizer after two contestants, Mumuni Minata and Nancy Dery polled a tie of 76, booting the incumbent, Diana Puopele off her seat.

Speaking after the elections, chairman Kangbere thanked the delegates for reposing confidence in him and charged the new executives to work had to harness the gains of the NPP in the region.

The NPP lost two of the five seats they won in 2016 in the last elections in the region under the first chairmanship tenure of Mr. Kangbere.

Three incumbent regional executives were unsuccessful in their re-election bid.

Also missing out on his position was the incumbent First Vice Chair, Ishmael Evonlah Whajah.

The election saw several incumbent executives retain their seats, except the Women Organiser. 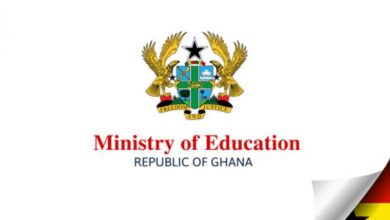 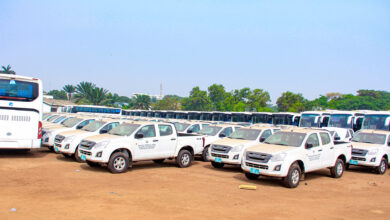