The government has been urged to plug the many loopholes in its
fiscal regime, tighten financial administration and ensure maximum transparency in the use of
public funds.

It should also cut down on some unwarranted expenditures, reduce the size of government and find innovative means of making the country’s resources yield maximum benefits for the citizenry rather than overly stretch the bounds of Ghanaians, particularly, the public sector
workers.

Madam Stella Kwofie, a resident of Takoradi, said this during the Western Regional Town Hall meeting organised by the Ministry of Information to deepen citizens understanding of the benefits of the E-levy.

The 1.75 per cent E-levy has generated controversy since it was announced in the 2022 budget and has sharply divided Parliament, with the Minority vowing to vote against its passage into law.debate of the levy in Parliament and its possible passage into law.

Dr. Eric Amartey, of the Takoradi Technical University (TTU) also wondered whether the E-levy would not affect people on government pay roll who were already burdened with other forms of
taxation.

Others expressed concern about what they thought was government allowing the Telcos to amass from the ordinary Ghanaian and only told to reduce it charges because of the E-levy.

The Finance Minister, Ken Ofori-Atta, responding to the concerns, said the E-levy was a deep request from the President to create jobs, build more infrastructure to improve the general wellbeing of Ghanaians.

He said the current situation where only a percentage of Ghanaians paid taxes was not favourable to realising the rapid socio-economic aspirations of the country.
Mr. Ofori-Atta said, “The E-levy will make all Ghanaians responsible in paying taxes and reinforce their moral rights to demand for more social amenities and development.”

He said currently, the proposed 1.75 percent had been slashed to 1.5 percent and covered a regime of electronic transactions since the terrain was emerging and could be a possible source for revenue generation.

Mr. Ofori-Atta said, the Levy could help the Region to have the much desired new Regional Hospital, among others.

The Western Regional Minister, Mr. Kwabena Okyere Darko-Mensah, said generating more revenue was critical in contributing to the economic independence of the state and in order to achieve the President’s Ghana Beyond Aid policy.

The Member of Parliament for Sekondi, Mr. Andrew Agyapa Mercer, said the government needed more revenue to make up for the losses during the peak of the Coronavirus pandemic and the management of the Banking crisis.

Ms. Justina Marigold Assan, the Central Regional Minister, also urged women, in particular, to accept the Levy to improve upon their lots.

The maiden Town Hall Meeting on the E-Levy was held last week in the Eastern Regional capital of Koforidua. 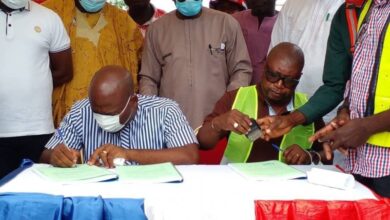 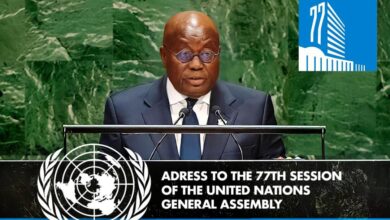 Akufo-Addo: Every bullet, bomb that hits a target in Ukraine, hits our pockets in Africa 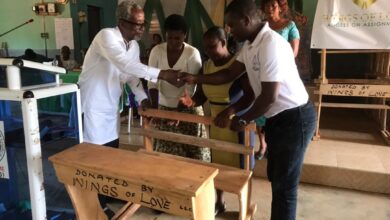