The family of Elizabeth Yesutor Akpalu, a 31-year-old woman who died suddenly after suffering an alleged assault by her boyfriend, wants the suspected culprit Philip Caesar Kumah to be jailed for life.

Sergeant Prince Dogbatse, the Volta Regional Police spokesperson told Asaase Radio that Akpalu had suffered multiple abuses from her fiancé over a period of time.

“She confided in a friend through WhatsApp chat with pictures of physical abuse, and mentioned that it is the boyfriend that was responsible for the attack and that she has not been well,” the officer revealed.

“So, on Sunday, one of her friends was with her and she showed signs of uneasiness in breathing. They quickly rushed her to the Ho Teaching Hospital [but] about 6am on Monday 8 March she passed on,” he said.

Sergeant Dogbatse said Kumah is currently in police custody and is assisting with investigations.

Investigation is ongoing to establish the real cause of death. 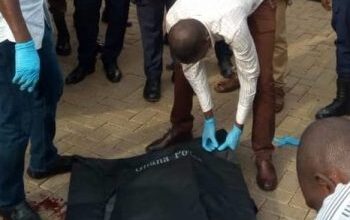