Kingsley Ofosu Ntiamoah, the acting executive director of the Ghana Museums and Monuments Board says that the National Museum in Accra has attracted roughly 10,000 visitors since its refurbishment and reopening in June this year.

The museum, which was launched in 1957, had to be closed to the public in 2015 because of poor physical conditions, following a lack of maintenance.

Speaking with Kwaku Nhyria-Addo on The Asaase Breakfast Show on Tuesday (26 July 2022), Ofosu Ntiamoah said, “… it has been awesome. For about a month now we have received about 10,000 visitors to the museum.

“It tells you that Ghanaians were very hungry to visit the National Museum. Currently, we have three museums running in Accra …”

Ofosu Ntiamoah added, “We’ve been doing quite well. We’ve been able to refurbish the Volta Regional Museum which had not also seen refurbishment since 1979.”

“We’ve been able to refurbish the place very nicely. And about a month ago, I was in Bolgatanga to open the Upper East Museum. These are all efforts to drive traffic to our sites and also to the country, in order for our economy to grow.

“The focus now is on being able to drive a lot of traffic to Ghana,” Ofosu Ntiamoah added.

Last month, President Nana Addo Dankwa-Akufo-Addo reopened the National Museum in Accra. The museum has now been fully rehabilitated and restored to its original order and additional exhibits and artefacts have been included.

“On Friday 10 June 2022, I reopened the renovated National Museum in Accra. As the oldest and largest museum in Ghana, the National Museum, which was opened in 1957, the year of our independence, had to be closed to the public in 2015 for lack of maintenance,” wrote President Akufo-Addo in a post on Facebook.

“Indeed, the museum had deteriorated to such an extent that it posed serious safety risks to visitors, workers and the exhibits held there.

“The museum has now been fully rehabilitated and restored to its original state with the inclusion of additional exhibits and artefacts. Its inner roads have also been asphalted, for the first time ever since its establishment.

“In seeking to enrich the experience of visitors to the museum, the curators of the National Museum have also added seven of the vehicles used by former heads of state, including three E-450 Mercedes Benz vehicles, two Nissan Patrols, a limousine and a Toyota Land Cruiser.

“The efforts put in to restore this museum are part of a comprehensive vision of my government to help create a more vibrant cultural industry sector. Tourism, arts and culture are effective tools for economic transformation, and we, in Ghana, can benefit from this because we possess a significant number of heritage resources,” the president said. 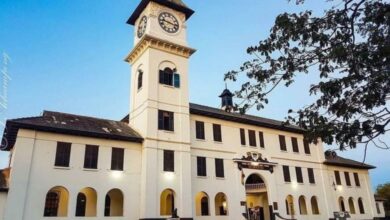 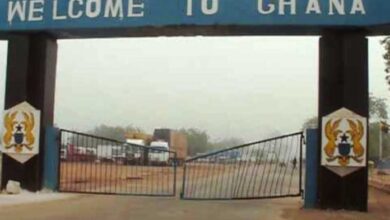 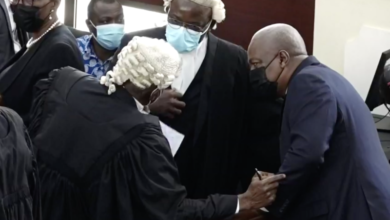