Mr Dominic Nitiwul, the Minister of Defence, says there is no personal interest in fighting illegal small-scale miners or burning their excavators.

He said the action was for the preservation of the national heritage, which included the water bodies and forest cover.

Mr Nitiwul said no individual had been targeted or let off the hook for political or other reasons in the fight against illegal small scale mining, otherwise known as galamsey.

“The Ghana Armed Forces have been given a task and they’re executing it and there is no illegality in what they’re doing,” he said.

“The soldiers do not know those who owned the mining equipment and also I do not know how the taskforce is constituted.”

“The Armed Forces sweep about 150,100 or 50 kilometres around the river bodies and immobilise the equipment involved in illegal mining and no person or equipment is let off the hook.”

The Defence Minister was responding to a question over the allegation that government was targeting specific individuals in its renewed fight against galamsey, at a media briefing in Accra on Wednesday.

Mr Nitiwul also denied assertions that the soldiers involved in the Operation Halt had seized ounces of gold from the illegal miners arrested, saying: “No officer will risk his career and livelihoods to pick ounces of gold and so I have to be clear, no gold has been seized by the Armed Forces”.

Providing details on items burnt during the fourth phase of the Operation Halt II, Mr Nitiwul said the operation started from Thursday, May 27 to Saturday, May 29, which covered River Ankobra and River Bonsa, as well as their tributaries in the Western Region, involving 420 soldiers of all ranks from the Ghana Armed Forces.

Explaining the observations made during the operation, Mr Nitiwul said some illegal miners deliberately used their excavators within the 100 metre radius, which had been declared “red zones” and pulled them away from the restricted areas to avoid being destroyed.

Therefore, he said, government was planning to review the 100 metres radius very soon to deal with that practice, although he could not provide any time line for the review.

The Minister, however, expressed delight over the interest and cooperation exhibited by the local inhabitants in those areas, who showed the soldiers where the illegal miners had hidden their machines and assisted to make the exercise successful.

Mr Nitiwul said the gravity of the destruction caused by the illegal miners was massive, especially to farm lands and water bodies.

“If we don’t fight this galamsey together, a time will come when we may not even get land for farming, knowing that those places are cocoa growing communities and this will have dire consequences on our economy,” he said.

Mr Kojo Oppong Nkrumah, the Information Minister, provided update on some Ghanaians and Chinese nationals who had been arrested for their involvement in galamsey.

He said they had been arraigned before the courts and charged for mining without legal authority.

One of the cases was the Republic versus George Asante and 31 others who were arraigned at the Koforidua Circuit Court ‘B’ on May 11.

The accused persons were arrested by the town folks at Akenten in the Eastern Region for illegally mining in the forest and upon interrogation, they claimed they were national security operatives, but further checks proved otherwise, the Minister said.

The case has been adjoined to June 8, 2021, with the accused persons refused bail.

The Minister further explained that government’s policy was to prosecute all foreign nationals including the Chinese and that if found guilty, they would serve their sentence here unless there is an exchange arrangement between Ghana and a particular country to exchange their prisoners.

The Minister, responding to how cases would be expeditiously dealt with, said: “Justice grinds slowly and no one is guilty unless proven guilty and so they’ll need to go through the court process to prove their innocence or otherwise “. 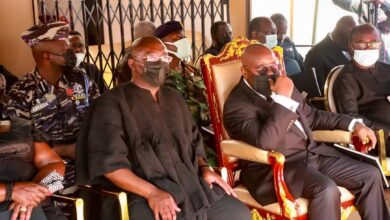 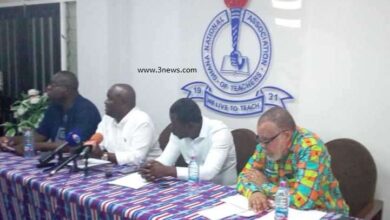