Visibly upset, Magistrate Eleanor Kakra Barnes Botwe ordered the security detail who brought the accused to court to take him out of her court.

The social media activist and convenor of the #FixTheCountry pressure group Oliver Mawuse Barker-Vormawor has been remanded into police custody after he appeared in court for a second time since he was arrested on 11 February 2022.

When he appeared in court today (28 February), he engaged in a heated exchange with the magistrate hearing his case, during which he referred to the court of competent jurisdiction as a “kangaroo court”, a term used to refer to an unofficial court operated by a group of people to try someone regarded, especially without good evidence, as guilty of a crime.

Magistrate Eleanor Kakra Barnes Botwe, who was visibly upset, ordered the security detail who brought the accused person to court to take him out of her court.

Following the order, the security detail removed the accused person from the court to the security vehicle that brought him to the court.

Barker-Vormawor has been charged by the state with the offence of treason Felony, contrary to Section 182(b) of the Criminal and Other Offences Act 1960 (Act 29).

According to the charge sheet filed at the Ashaiman district court, the particulars of offence show that the accused, some time in February 2022, prepared to undertake by any unlawful means an enterprise which usurps the executive powers of the Government of Ghana.

The convenor of the #FixTheCountry pressure group Oliver Mawuse Barker-Vormawor was picked up by the Tema Regional Police on Saturday 12 February 2022, for allegedly stating that he would stage a coup in Ghana if Parliament passes the E-Levy Bill.

A police statement said on Saturday (12 February) that Barker-Vormawor is being kept at the Tema Regional Police Command to assist further investigation of his social media post.

After the charge was read to him in open court on 14 February 2022, Detective Superintendent of Police Sylvester Asare read the brief facts. Barker-Vormawor’s lawyer, Akoto Ampaw, applied for bail for his client but the state opposed the application.

In her ruling, Magistrate Eleanor Barnes Botchway stated that she does not have jurisdiction to grant bail in a case involving the charge of treason felony.

She subsequently remanded the accused person into police custody and by the two weeks’ timeline required by law to have individuals accused on remand make an appearance in court, she adjourned sitting to 28 February 2022.

In a series of Facebook posts in the lead-up to Thursday’s demonstration against the bill, Barker-Vormawor described the Ghana Army as “useless” for not acting despite the public uproar against the yet-to-be- passed bill.

According to fiscal estimates presented to Parliament by the Minister for Finance, Ken Ofori-Atta, the government is targeting an annual GHC7 billion in revenue for the national coffers.

“If this E-Levy passes after this cake bullshit, I will do the coup myself. Useless Army!” Barker-Vormawor wrote in one of his posts.

In another post he said: “Okay, let’s try again. If this E-Levy still passes after this cake bullshit, then may God….Help us to resist oppressor’s rule, With all our will and might for evermore. (2x). Useless Army. Anaa, the value is the same?”

The brief facts as presented in court by DSP Sylvester Asare state that “the accused person is a lawyer and convenor of a social movement namely ‘FixTheCountry’. Some time in February 2022, the Ashaiman Police received a report that the accused person was inciting some groups of persons believed to be members of the FixTheCountry movement”.

“That on receipt of the report, the police mounted surveillance on the accused person until his arrest at Kotoka International Airport on Friday 11 February 2022, when he arrived from the United Kingdom (UK). Preliminary investigation has revealed that accused is a lawyer and a PhD student at Cambridge University, UK.”

The facts further say that “it has also been established during investigation that the accused for some time now has been inciting some group of persons through the social media to undertake an unlawful enterprise to usurp the executive powers of the Government of Ghana”.

“Pursuant to his preparation to usurp the executive powers of the Government of Ghana, accused further published on his Facebook wall that the Ghana army is useless and went ahead to declare his intention in a Facebook post to stage a coup if the Electronic Transaction Levy [E-Levy] is passed by Parliament.”

The police say that investigations “also revealed that the said E-Levy Bill is currently before Parliament and that the accused’s arrival in the country was in furtherance of his intention to stage a coup as declared by him”. 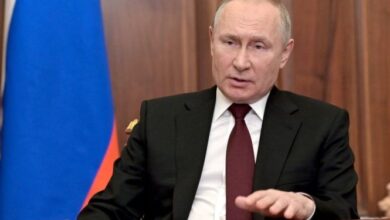 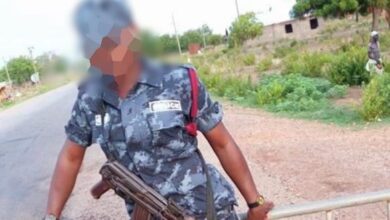 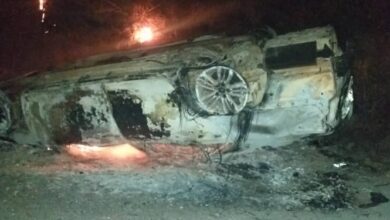