The Eastern Regional Fire Command has explained why some of its personnel responded to a distress call at Begoro in the Fanteakwa North District in a hired taxi instead of a fire tender.

The Public Relations Officer for the Eastern Regional Division of the Ghana National Fire Service, Assistant Divisional Officer Grade 1 (AD01) Ignatius Baidoo, said the only fire tender at their disposal was undergoing maintenance when the distress call came in at around 10:25 am.

“Unfortunately, that day, our fire tender was out of commission due to a fault it had developed. It must also be stated that on that same day, our regional maintenance officer and his team were working on the vehicle,” ADO1 Baidoo explained.

But he added that his men could not sit aloof, which was why they opted to respond to the distress call in a taxi.

“Upon arrival on the scene, it had turned out that the situation was beyond salvaging as the structure had almost totally burned [down]. So what was left for us to do was to douse the rest of the flames,” ADO1 Baidoo recalled.

It wasn’t until 11:19 am that the fire, which gutted a single-room apartment, was totally extinguished.

Upon preliminary investigations, “it was realised that the occupants of the house had left the gas on and left the building to purchase some items at the market,” ADO1 Baidoo disclosed.

The nature of the fire service’s response angered some residents in the community, and has prompted condemnation of the Eastern Regional Fire Command. 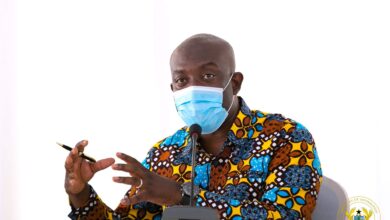 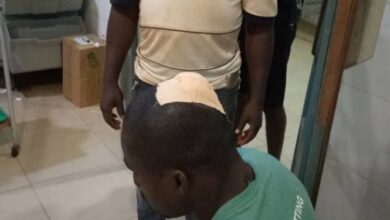