Madam Abla Dzifa Gomashie, Member of Parliament (MP) for Ketu South, has called on people of Volta descent to return home and support development needs of the land.

She underscored the need for indigenes to return to their roots and contribute their quota saying, “a region blessed with prominent sons and daughters ought not to be seen lacking in areas of development.”

Madam Gomashie was speaking to the Ghana News Agency during the launch of the 25th Anniversary celebration of Torgbui Adzonugaga Amenya Fiti V, Paramount Chief of Aflao Traditional Area and the 2022 Godigbeza, an annual festival of the people of Aflao.

She said the days of fear mongering, which kept people away from home were long gone and cited herself, as an example saying she had always been home with her people at any given opportunity and invited other indigenes to do same for that was the only way to bring development to the area.

“We must learn to be coming home. No fear mongering. Come, let us build Aflao, Ketu and Volta together,” she said.

The MP urged the youth of Ketu South to take advantage of opportunities that abounded in their cultural heritage such as dance forms and cuisine while calling on Ghanaians to be tolerant of each other’s culture for “beauty lies in the diversity of our culture.”

The launch of the twin event at the residence of Torgbui Fiti drew chiefs and queens from the Traditional Area and elsewhere, people from religious groups, the security, business, and politics who were treated to musical rendition from local and international artists, choreography, and spectacular cultural performances.

Mr Kofi Osei-Ameyaw, former MP for Asuogyaman, and a development chief in Aflao (Torgbui Adzagba I), said the time had come for the people of Ketu South to put their shoulders to the wheel for the needed development saying, “we should not wait for anyone to do it for us.

Rev Joshua Kwasivi Tamekloe, who spoke for the clergy said there was the need for society to instill respect for elders in children and called on all including religious leaders to respect the authority of chiefs and lend them their support when necessary.

Mr Maxwell Koffie Lugudor, Municipal Chief Executive for Ketu South, pledged his support for the events scheduled for November this year and called on others to do same to ensure success saying, such occasions were meant to “flaunt our cultural heritage” and not to display National Democratic Congress and New Patriotic Party colours.

The occasion chaired by Dumega Michael Klutsey saw Torgbui Fiti chronicle the journey of their forebears to their present home with reference to their mystic powers which made the sojourn possible. 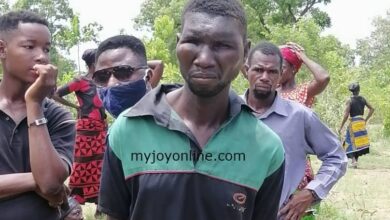 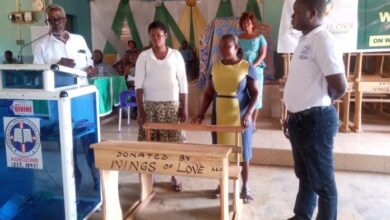