The Greater Accra Regional Police Command has gunned down a suspected highway robber and arrested two others in an operation on the Spintex road.

Blessing Stephen, a 38-year-old man, died from gunshot wounds he sustained in a capture operation at Tonynam Guest House at Spintex, a suburb of Accra, around 11: 30 am.

According to the police, the deceased has been active in his evasive tactics and have been on police surveillance for the past two years.

“The deceased was a Nigerian and an ex-convict and a notorious armed robber who usually operates among a gang of six. He has been involved in a series of highway robberies, bank robberies and attacks on bullion vans including the recent bullion van robbery and killing of a policeman at Adansi Nyankomasu near Adansi Tewobabi in the Ashanti Region, Manso-meam, Mankesim filling station, Tarkwa- Prestea Highway robbery, and Gomoa -Potsin,” a statement from the police announced.

The two are in police custody assisting police in their investigation.

A pistol and 4 rounds of ammunition were retrieved from the deceased.

The police added that the body of the deceased has been deposited at the Police hospital’s mortuary for preservation and autopsy. 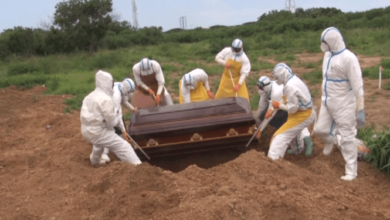 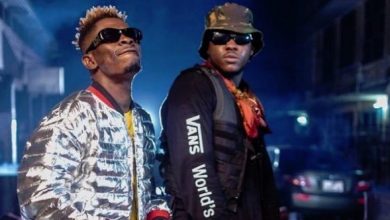