Although Ghanaian students in Ukraine have said they are safe in the interim, they have asked the Government of Ghana to prioritize evacuating them from that country due to the crisis with Russia.

President of the Ukraine Chapter of the National Union of Ghana Students (NUGS), Dr Phillip Bobie Ansah told TV3’s Komla Adom on the Mid day news on Thursday February 24 that “absolutely, we are all safe as we speak now.”

Regarding the plea for them to be evacuated, he said said “we have heard responses from the embassies.”

Meanwhile, the government of Ghana has expressed concerns about their safety following the crisis.

In series of tweets, the Ministry of Foreign Affairs and Regional Integration said “The Government of Ghana is gravely concerned about the security and safety of our over 1000 students and other Ghanaians in Ukraine and has asked them to shelter in place in their homes or in government places of shelter, as we engage the authorities, our relevant diplomatic missions and our honorary consul on further measures.”

Russian forces have launched a major military assault on Ukraine, with reports of explosions near major cities across the country.

In a pre-dawn TV statement Russian President Vladimir Putin said Russia did not plan to occupy Ukraine, but said Moscow’s response would be “instant” if anyone tried to stop this.

Ukraine said that “Putin has launched a full-scale invasion of Ukraine”.

In a video statement on Thursday morning, Ukrainian President Volodymyr Zelensky said martial law was now being imposed across all of Ukraine.

“No panic. We’re strong. We’re ready for anything. We’ll defeat everyone, because we are Ukraine,” the president said.

Reports are also coming of explosions in several Ukrainian cities, and gunfire near main Boryspil airport in the capital Kyiv. Warning sirens were heard blaring in the city with a population of about three million.

In a last-ditch attempt to avert war shortly before Mr Putin’s announcement, Mr Zelensky had warned that Russia could start “a major war in Europe” and urged Russian citizens to oppose it.

Responding to Russia’s assault, US President Joe Biden said Washington and its allies would respond in a united and decisive way to “an unprovoked and unjustified attack by Russian military forces” on Ukraine.

“President Putin has chosen a premeditated war that will bring a catastrophic loss of life and human suffering,” Mr Biden said. “The world will hold Russia accountable.”

UK Prime Minister Boris Johnson said he was “appalled by the horrific events in Ukraine” and that President Putin “has chosen a path of bloodshed and destruction by launching this unprovoked attack”. He added that he had spoken to Ukraine’s president to discuss how to respond and promises decisive action by the UK and allies.

Russia launched its military operation just days after recognising the self-proclaimed people’s republics of Donetsk and Luhansk in eastern Ukraine.

In his announcement early on Thursday, Mr Putin said the military operation’s objective was to defend those people who had been subjected for eight years to “genocide by the Kyiv regime”.

It was an apparent reference to mass street protests in Ukraine that ousted Pro-Russian President Viktor Yanukovych in 2014.

Mr Putin also said that Moscow would seek “demilitarisation and denazification” of Ukraine.

Kyiv and its Western allies have repeatedly rejected as absurd Mr Putin’s claims that Ukraine was being run by neo-Nazis, instead pointing that – unlike an authoritarian Russia – Ukraine was now a nation with growing democratic institutions.

Fears of a Russian attack have been rising for months.

Mr Putin has repeatedly accused the US and its allies of ignoring Russia’s demands to prevent Ukraine from joining Nato military alliance and offer Moscow security guarantees.

On Wednesday, Ukraine’s state of emergency was overwhelmingly approved by lawmakers, and is now in force nationwide.

It introduces personal document checks, blocks military reservists from leaving the country, bans mass gatherings and places restrictions on radio communication systems. Kyiv’s mayor said checkpoints would be set up in roads into the city, and access to government buildings would be restricted. 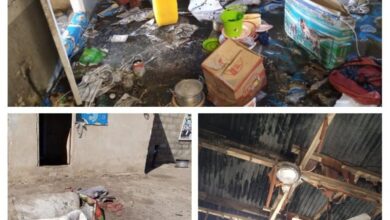 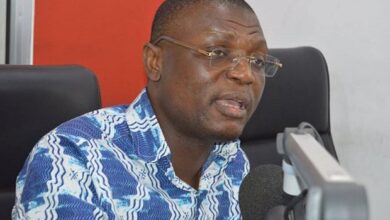 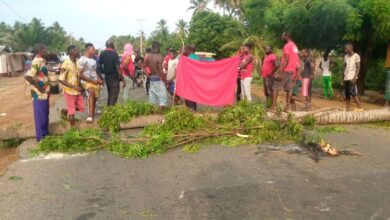 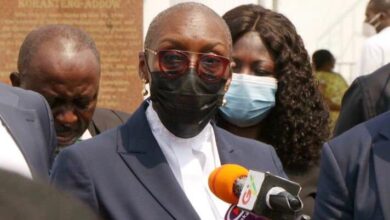