Six Chinese nationals, arrested for engaging in illegal mining (galamsey) at Asankragua in the Western Region, have been admitted to bail by an Accra High Court.

They have, however, not been able to execute the bail bond.

On Friday, May 14, this year, the Kaneshie District Court remanded the accused into Police custody but they applied for bail at the High Court.

The prosecution, led by Inspector Richard Amoah, prayed the District Court for a date to enable them to prepare.

The Court, presided over by Ms Rosemond Agyiri, adjourned the matter to July 1.

The accused persons are being held on six counts of possession of firearms without lawful excuse.

The facts, as narrated by prosecution, are that Intelligence Agencies picked up information sometime in April, this year, that the accused persons, armed with weapons, were illegally mining at Asankragua in the Western Region.

The prosecution said a team of officers in plain clothes and uniform, were dispatched to the scene to ascertain the facts.

It said the team arrived at Asankragua and proceeded to Resort Holyday Hotel and Xin Di Hotel and arrested them.

Preliminary investigations had established that the accused were into buying, selling and refinery of gold without authority, according to the prosecution.

It said the accused persons armed their employees with guns to protect their unlawful activities.

Nobody is targeted in the galamsey fight - Defence Minister tells critics 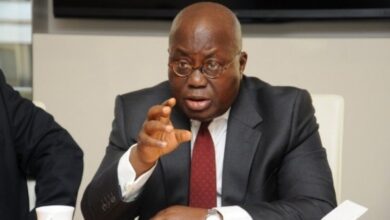 Same-sex marriage will never happen under my Presidency – Akufo-Addo 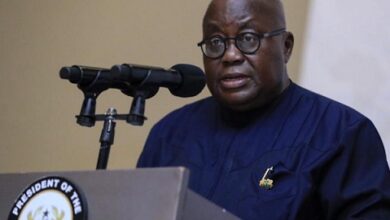