Mr. Amewu, who appeared before the Appointments Committee on Wednesday, February 24, 2021, said “I sympathise with my brothers and sisters at SALL for not taking part in the parliamentary elections. I went into the elections as a player and not a referee. I did not constitute the rules that were in place for me to come and contest”.

“I just went in as a contestant and unfortunately, for one reason or another, they were not allowed to vote in Hohoe. I sympathise with them and I would have been very happy if the people of SALL had voted because, in 2004 and 2008, those were my strongholds. If they had voted, I would have even won with a higher margin.”

Mr. Amewu won the seat with 26,952 votes in his third attempt at becoming the parliamentary representative for Hohoe while his National Democratic Congress (NDC) opponent, Margaret Kweku, polled 21,821 votes.

Eligible voters within areas in Santrokofi, Akpafu, Likpe, and Lolobi, were only allowed to take part in the presidential election but could not vote in the parliamentary election because a constituency had not been created for them.

Residents of the Guan District who were not given the opportunity to vote in the parliamentary elections on December 7, 2020, later filed an ex parte application to demand the enforcement of their fundamental human rights to vote.

The State through a Deputy Attorney General, Godfred Dame, subsequently filed a motion at the Supreme Court to fight the injunction placed on Mr. Amewu.

The Supreme Court on January 5, 2021, declared as null and void, the Ho High Court’s interim orders of injunction against the Electoral Commission from gazetting John Peter Amewu as Member of Parliament-elect for Hohoe; and for Mr. Amewu from parading himself as having been elected Member of Parliament.

Meanwhile, Godfred Dame after the Supreme Court’s ruling on Tuesday, said: “We are happy and very much satisfied with the directives of the court”.

The petitioners in their application demanding a review of the Supreme Court’s decision said “it is undoubtedly in the interest of the justice that the interested parties are heard expeditiously in respect of their serious allegations of violations of their fundamental human rights. More so as the Attorney General admitted in open court that it was wrong and unlawful for the people of the SALL Area to have been prevented by the Electoral Commission from voting in the Parliamentary Elections on 7th December 2021”. 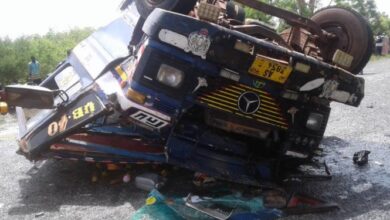 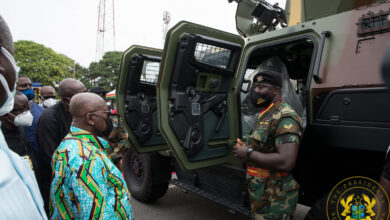 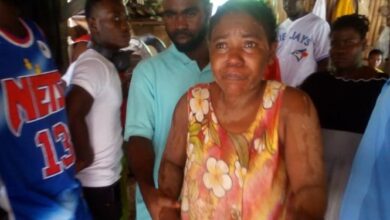 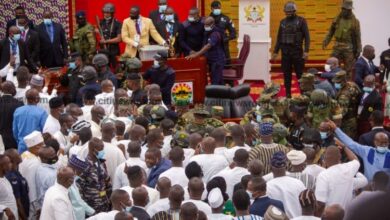