The Speaker of Parliament, Alban Bagbin has declared the New Patriotic Party Caucus as the majority in Parliament.

This follows a declaration by the independent MP for Fomena, Andrew Asiamah Amoako to side with the NPP MPs “for purposes of transacting business in the House.”

“The House will accord him the space to do as he stated,” Mr. Bagbin stated after referencing the Fomena MP’s declaration.

NPP MPs, mostly clad in white, burst into jubilation following the Speaker’s ruling on the matter.

Following the December 7 general elections, the NDC and NPP had 137 seats apiece.

This led to a deadlock over who would have the Majority Group in Parliament.

The NDC MPs maintained that the Fomena MPs choice would not make the NPP caucus the Majority.

Ahead of the inauguration of the 8th Parliament, the National Democratic Congress MPs did same by arriving early to occupy the Majority side which is to the right of the Speaker.

Meanwhile, both parties are in court over the results from 16 constituencies following disputed poll results.

Each of them is challenging the results from eight constituencies. 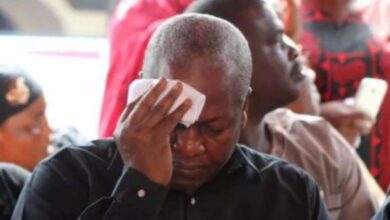 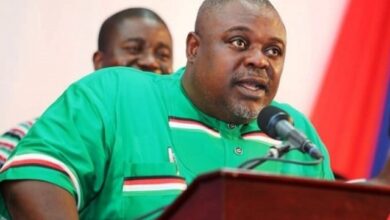