Tsatsu Tsikata, the lead counsel for the petitioner in the ongoing petition against the outcome of the 2020 presidential election, was forced on Monday to apologise to Jean Mensa, chairperson of the Election Commission.

Making a case as to why the court should grant his application to reopen his Election 2020 petition case to subpoena Jean Mensa, Tsikata said: “To talk about grievances of being served tea, respectfully, that is such a lack of truthfulness in terms of how the evidence came in.

“Rojo Mettle-Nunoo did not express a grievance here that they served tea and not biscuits. It was out of the question and he answered truthfully.

“For the chairperson [of the EC] to descend into such triviality which was brought on by cross-examination of her own counsel, that shows the depth to which she has sunk.”

This statement did not sit well with some of the Supreme Court judges, prompting Chief Justice Kwasi Anin-Yeboah to say: “Mr Tsikata, the practice is that you lawyers draft affidavits in applications, so please don’t let us go that far.”

Another of the Supreme Court judges empanelled said: “Beyond that, I would advise that you withdraw.”

Tsikata replied: “I withdraw the statement about the depth to which she has sunk. I apologise that I used unduly strong language and I apologise to the chairperson of the first respondent.”

The lawyer for the petitioner was praying the court to grant him an opportunity to reopen his case to subpoena the EC chair, Jean Mensa, to appear before the court and testify.

“At the time my counsel closed my case, the representation that had been made by each respondent to the court, and specifically to me, was that the witnesses who had filed witness statements were going to testify. It therefore came as a surprise that both counsel for respondents announced, on Monday 8 February 2021, that this was no longer the case,” the petitioner says in paragraph 16 of his affidavit.

“My counsel is seeking leave of the court to reopen my case to enable the subpoena referred to above to be served on Mrs Jean Adukwei Mensa, so she can appear before the court to testify.

“I am advised by counsel and verily believe that the subpoena documentation to be served on Mrs Jean Adukwei Mensa is ready for filing once leave is granted to reopen our case,” the petitioner further states in paragraphs 17 and 18.

The Supreme Court has set Tuesday (16 February 2021) to rule on the motion. 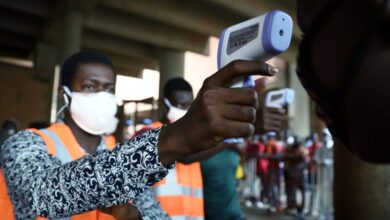