The chief of Kpassain the Nkwanta North district of the Oti Region, Ubor Konja Tassan VI,has threatened to lead demonstration against government to register their displeasure over the continual neglect of their deplorable roads.

Ubor Konja, whoexpressed frustration over the inability of successive governments since 2011, to complete the 50-Kilometer Nkwanta – Sibi stretch of the Eastern Corridor road, awarded to China Jiangxi International Corporation (CJIC) firm, said the long delay in the completion of the road, was making traveling on the stretch a burdensome venture for motorists, while also hindering the  socio-economic development of the area.

According to him, he was particularly disturbed by the negative impact of the road within the Kpassa township, which has been filled with loss chippings and other unwarranted materials by the contractor, that was killing commuters and other road users.

The frustrated chief has thereby vowed to mobilise his people to embark on series of demonstrations, to demand their fair share of roads under the government’s declared year of roads agenda.

Some residents who spoke to Volta Online backed the chief’s stance, saying they have had enough of the  empty promises from the authorities and want to see real action on the road, which they described as a death trap for road users. ‘The chippings on the road is causing harm than before. as it has been causing accident among motor riders and other vehicle,’a resident lamented.

Meanwhile, the Regional Minister, Joshua Makubu who visited the area on the back of the complaints, assured the chief and residents that, government was engaging with the contractor to ensure the project is completed to reduce their burden. 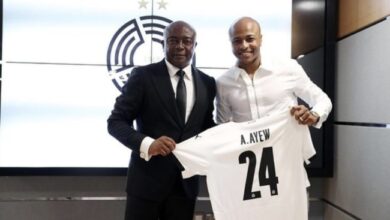