Former President, John Dramani Mahama has stated that there is no doubt the election petition he filed at the Supreme Court was shot down because, the testimony of his first witness, Johnson Asiedu Nketiah, General Secretary of the National Democratic Congress, was taken out of context.

He said he’s strongly convinced that the judges’ fixation on answers provided by Mr. Nketiah, to questions posed him during cross-examination is indicative of calculated machinations of discrediting the merit of the election petition.

“The ruling I heard today actually makes our witness, Johnson Asiedu Nketiah appear as the star witness for the first and second respondents. Many of his answers in testimony during cross-examination were taken out of context to create the basis for the dismissal of our election petition”, Mr. Mahama said in his post-verdict public address on Thursday, March 4, 2021.

The  NDC leader noted that he followed the proceedings of this petition and listened to the testimony from beginning to end and “is quite alarmed about the mutilation of his [Mr. Nketiah’s] testimony in the Supreme Court ruling”.

He however said the party’s legal team will come out with detail comments on this ruling at the appropriate time.

Chief Justice Kwasi Anin-Yeboah while reading the full judgment on behalf of the seven-member Supreme Court panel on Thursday, March 4, 2021, disclosed that the testimonies given by two of the petitioner’s witnesses completely had no bearing on the substantive matters that were before the court.

The witnesses in question are Dr. Michael Kpessa-Whye and Rojo Mettle-Nunoo who served as the petitioner’s second and third witnesses respectively. They represented the petitioner, John Mahama in the Electoral Commission’s national collation centre.

“The least said about the testimonies of Dr. Kpessa-Whyte and Mettle-Nunoo related to the issue at stake, the better. The testimonies were fanciful tales.”

The judges however said General Secretary of the National Democratic Congress (NDC), Johnson Aseidu Nketiah who was the first witness of the petitioner was, however, the “star witness” as he aided the trial through his cross-examination.

Justice Anin-Yeboah in the ruling mentioned that the testimonies of Dr. Kpessa Whyte and Mettle-Nunoo “were therefore of no relevance to the said issues set out for determination, and so we find them unworthy for consideration whatsoever”.

It will be remembered that during the cross-examination of the duo who were representatives of the petitioner of the Electoral Commission’s national collation centre (strongroom), they made claims that the EC chair, Jean Mensa tricked them to go and see Mr. Mahama over some concerns that they had raised with collation process.

Just when they agreed to do that and left the EC’s premisses, Madam Mensa went ahead to declare the presidential results in their absence.

This is however in sharp contrast to their own admission of signing some documents to certify the results they were disputing.

But the Chief Justice said the decision by the two to leave the strong room was their own mistake and cannot fault anyone for it and cry foul.

“Notwithstanding all these allegations of misunderstandings with the chair of the 1st respondent in the strongroom and the fact that they were absent during the declaration, they did not give any indication as to how these happenings in their absence affected the final results announced by the 1st Respondent”, Justice Anin-Yeboah said.

“Having signed or certified these forms, the witnesses, particularly PW 3 [Mettle-Nunoo] cannot turn round to talk about irregularities in the forms,” he added. 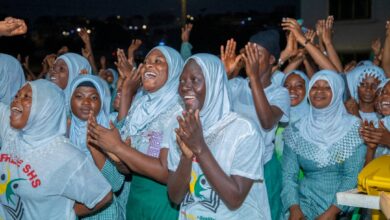 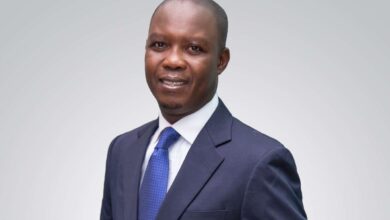