The Supreme Court has set 4 March 2021 to determine the final outcome of Election 2020 petition hearing, president of the seven-member panel sitting on the case, Chief Justice Anin Yeboah, on Monday announced.

Prior to announcing the judgement date, a nine-member Supreme Court review panel dismissed an application by the petitioner praying the court to reopen his case in order to subpoena chairperson of the Electoral Commission Jean Mensa to testify as a hostile (adverse) witness.

The Supreme Court in its ruling on 16 February 2021 dismissed the petitioner’s application to reopen his case on grounds that he has not shown a just course why same should be granted. Not satisfied with the decision of the seven-member Supreme Court panel, lawyer for the petitioner, Tsatsu Tsikata, filed a review motion to overturn the court’s earlier decision.

Grounds for the review

The petitioner in his review motion stated that the grounds for seeking the review are that:

a) The ruling of the Court was per incuriam section 72 of the Evidence Act 1975 (NRCD 323), and has occasioned a grave miscarriage of justice to the Applicant;

b) The ruling of the Court was in fundamental error in subjecting statutory provisions in the Evidence Act, 1975 to the provisions of subsidiary legislation, specifically Order 38 rule 3E(5) of C.l.47, as amended by C.l. 87, and has occasioned a grave miscarriage of justice to the Applicant;

e) The ruling of the Court was per incuriam Article 19(13) of the Constitution and has occasioned a grave miscarriage of justice to the Applicant;

f) The ruling of the Court was in breach of Article 296 of the Constitution and has occasioned a grave miscarriage of justice to the Applicant.

Lawyers for the two respondents in the petition, Justin Amenuvor (for the EC, 1st Respondent ) and Akoto Ampaw (for President Akufo-Addo, 2nd Respondent), both opposed the application.

Lawyer for the 1st respondent argued that the petitioner has failed to present any exceptional circumstance as required by section 131 (1) of the 1992 Constitution when it comes to the review jurisdiction of the Supreme Court.

Lawyer Amenuvor further argued that the petitioner, in his application, has not given an inkling of the new or fresh evidence he wants to bring to the fore through the chairperson of the 1st respondent and how that evidence would assist the court to do justice in the matters under consideration in this petition.

“Neither has he disclosed how that evidence would advance the cause of his petition. For the above stated reasons, we find no merit whatsoever in petitioner’s application,” Amenuvor said.

He added that the third review application of the petitioner since the petition was filed, “is a gross abuse of the processes of this Honourable Court and should not be entertained”.

“My Lords it is for these reasons that we urge your Lordships to dismiss this application,” Amenuvor noted.

Lawyer for the 2nd respondent in his submission observed that lawyer for the petitioner in referring to section 72 of the Evidence Act 1975 (NRCD 323), in his application, deliberately omitted the last part of the provision which talks about evidence.

He intimated that the petitioner knows that should he quote section 72 of the Evidence Act in full, it will render the entire review application moot. To this end, Lawyer Akoto Ampaw argued that the petition is devoid of merit and deserving of a summary dismissal by the Court.

They said the application was not supported by any law or any settled practice. The court also noted that the mere fact that a ruling or judgment of the Supreme Court can be criticised should not be grounds enough to ask the apex court to review its decision.

The judges noted that the Supreme Court is a court of law and not a forum for suppositions.

“Accepting what is being urged on us will open the Pandora’s Box and lead to abuse of the court processes. We dismiss the instant application and being wholly without merit,” Chief Justice Anin Yeboah said as he read the decision of the court.

After the review application was disposed off, the court first struck out a stay of proceedings application filed by the petitioner after he withdrew same. The court further granted leave to the petitioner to file their closing address by close of Tuesday 23 February 2021.

It will return on 4 March 2021 to give its final judgement. 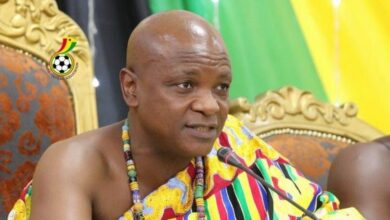 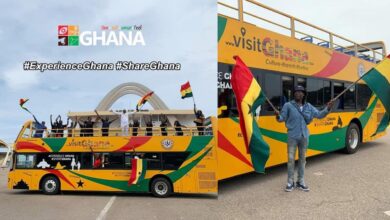 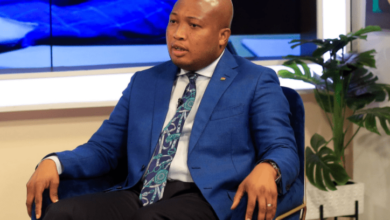