The Speaker of Parliament, Alban Sumana Bagbin, has said his National Democratic Congress (NDC) comrades should not expect him to do the party’s bidding in his current position.

He said is the Speaker of Parliament for Ghana and not the party so they will be disappointed if they expect him to will use his office to serve the party’s interest.

“Recently in the media, on social media, in particular, you have heard the blistering attack on me when I did not play any role apart from presiding [over the business of the House].

“Because I say I belong or came from a party, does he [Sammy Gyamfi] think I’m at the beck and call of the party?” the former Nadowli-Kaleo MP told Class FM.

The National Communications Officer of the , Sammy Gyamfi, made a scathing comment about the Speaker and some of Minority MPs in Parliament.

This was after Parliament passed three of Akufo-Addo’s ministerial nominees whom they had earlier raised red flags about during the vetting by the Appointments Committee.

“Some have sold their conscience but ours is intact. And we can work together to rebuild the party from the ashes of 3 March 2021, which I call ‘Black Wednesday’ – our day of self-inflicted shame,” said on Facebook account.

“This is the time for us to insist on the right changes in the leadership of the NDC group in Parliament or forget about them completely. The current leadership have lost their moral authority to lead and are not fit to sit on the front bench of the NDC side of the House.

“More importantly, it’s about time we understood that we don’t have any NDC Speaker of Parliament. No, we don’t! We have a Speaker who rode on the back of the NDC into office to pursue his own parochial agenda and nothing more. You trust them at your own peril,” Gyamfi rallied the NDC supporters.

“And, so, if you sit down and look at me and think that maybe you were my girlfriend before [and, therefore] I should give you an advantage over another who I’ve never met, please, then don’t come to me; you won’t get it. Let’s finish; after work, we can do that business together. Not when I’m working. That’s my nature; that’s how I’ve been up to this time and, so, it’s unfortunate that these things are happening,” he said. 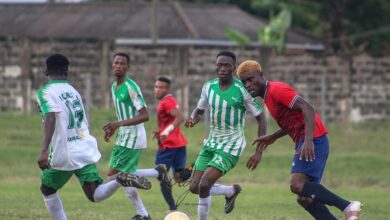 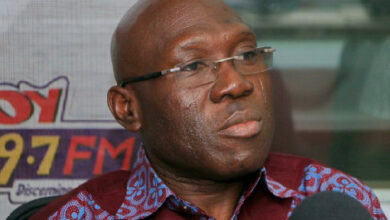